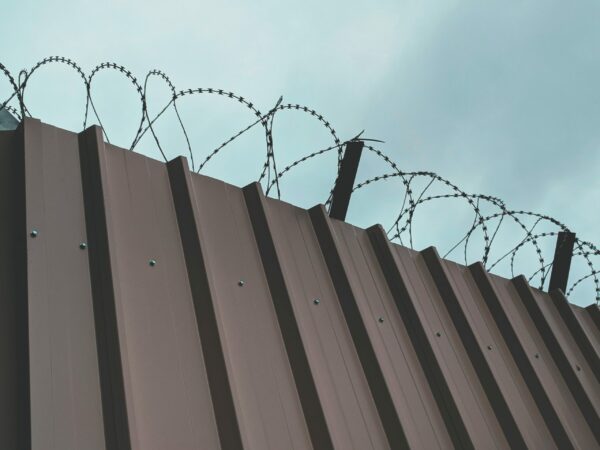 The words explode in my heart and soul, as do the intrusive thoughts that follow whenever I hear the words, “We don’t exclude anyone for any reason,” followed promptly by, “Hate is not welcome here.” One group of people I thought I knew well had become experts in removing anything uncomfortable from their midst while proclaiming their own innocence and injustice, all while adhering to their previous statements on forgiveness and tolerance – so long as it fits their models. I still hear their voices only now they come from groups purporting to uphold the moral high-ground yet are themselves walking on stilts as they trench through the deepest valleys. It seems that in the past few years each side has become complacent with duality and comfortable with duplicity even to the point of convincing ourselves it’s okay because we’re right and they’re wrong – no matter the side taken.

When I first started writing this piece, it began to feel a lot like my article – “Exclusive Inclusionism: Inclusive Exclusionism“, but in this case at least, I began to recognize how I was beginning to shut down every time I read posts or memes that celebrate inclusivity while at the same time castigating a specific group of people for not holding the same values as another group. This holds true especially in our politics within the United States of America – Dems vs Reps, or as is commonly spewed from anal orifices, libertards versus conservacreeps (among other more colorful metaphors). It is also true in the much more explosive topic of discrimination.

I suppose what bothers me most about today’s barrage of verbal assaults is that those who claim to have been or who are being bullied are themselves engaging in the very thing about which they are crying foul. They celebrate their ability to cajole and berate while simultaneously castigating others for doing the same. When this is pointed out, they claim superiority because of their identification with groups subjected to discrimination – all while themselves discriminating and then removing from their presence the very thing that has caused them to look at their own actions. It has become a kind of fashion statement to bully the bullies and to exclude in the name of inclusion. Psychologically and professionally speaking, it’s exhausting and deeply concerning!

In a world gone mad, it has become socially acceptable to trauma dump, trauma bond (both where you bond with your abuser and you bond with another person who experiences trauma), and/or engage in inappropriate projecting of one’s own problems onto others all while claiming similar foul. This is done so as to feel part of another like-minded group of individuals who then feel vindicated for attacking allegedly less open-minded individuals or groups. Confused? Professionally – so am I. What’s worse is there are groups of mental health therapists out there who are giving people permission and encouraging them to act in such a manner that they are worsening their mental health problems and decreasing their emotional intelligence and emotional resilience.

There are just way too many armchair activists and WAY too many people comfortable with their darkness spewing ugliness under the pretext of fighting against discrimination and alleged apathy. There are, likewise, too many people willing to point the finger at everything outside themselves with little to no thought about how they are contributing to the problem. This includes me – the one currently pointing the finger in this article. But at least with myself, I try to engage in realistic solution-focused work that helps promote peaceful coexistence rather than railing and fighting against something where I know I will not win. I instead focus on those things I espouse that have a real affect on the world around me and within my own community.

Then Jesus said to him, “Put your sword back into its place; for all who take the sword will perish by the sword.”

Throughout all the verbal sparring, I am reminded of the First Epistle of Peter, second chapter – well, not the stuff about submission to governments and masters, but more the first three verses: “1 Rid yourselves, therefore, of all malice, and all guile, insincerity, envy, and all slander. 2 Like newborn infants, long for the pure, spiritual milk, so that by it you may grow into salvation— 3 if indeed you have tasted that the Lord is good.” This chapter speaks about living by the example set by our Christ – to live with love in our heart and be an example for others to follow – of peace, joy, celebration, forgiveness, compassion, and healing. It speaks to the removal of disdain and hatred from our hearts and acting with sincerity and compassion – as tempered with a bit of passion. This chapter speaks to living authentically as an instrument of the Christ, not of humanity.

23 When he was abused, he did not return abuse; when he suffered, he did not threaten; but he entrusted himself to the one who judges justly. 24 He himself bore our sins in his body on the cross, so that, free from sins, we might live for righteousness; by his wounds you have been healed.

We have to do more, now. We have to live our faith if we are going to claim it as our own. We have to become the embodiment of the work established by our Christ through his life and ministry on this earth. That doesn’t mean rolling over – it means accepting responsibility for our actions and helping others to do the same. It means not blaming, but instead following a path that is much harder than first anticipated – BEcoming part of the solution rather than following in the footsteps of the problem.

You may be able to fight fire with fire, but then you become the next fire to put out.