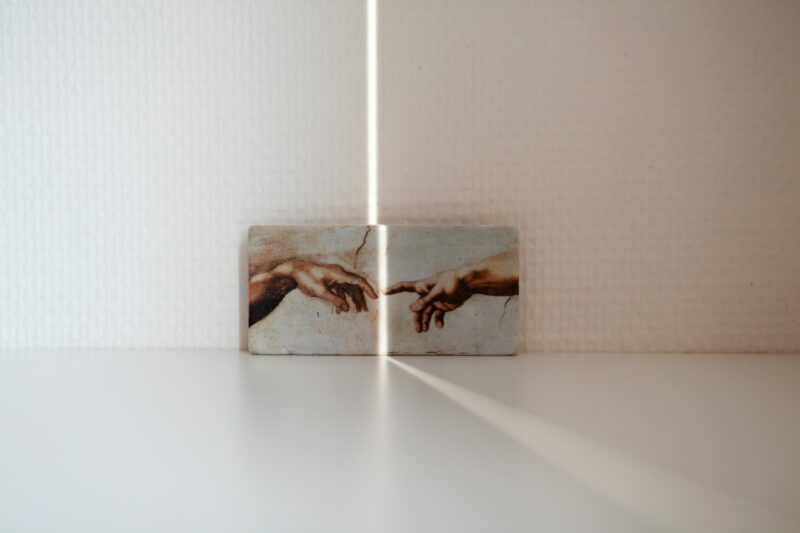 “You will seek Me and find Me when you seek Me with all your heart.”

There is no greater truth than God, the Divine being we claim is responsible for all of Creation, is most assuredly incomprehensible. Some of us have spend our entire lives seeking the Creator in everything we say and do; ever watching for that moment the Creator connects with our own being. The reality, of course, is that we awake enough to realize we have always had that special connection; we simple were never aware of it prior to that moment.

In our search for the Divine, we assign the Creator specific qualities or attributes; again, our attempts to define something we can never truly understand. But in-so-doing, we limit the Creator to our finite world view. Take, for example, the idea that God is male. The very notion that God can be anything other than male has been fodder for wars, and unspeakable horrors have befallen any who dare say otherwise. Often, those who expressed contrary views were branded as heretics and condemned to death after long and grueling torture. But our own knowledge of the Divine is severely limited to the world we barely comprehend. We assign value to a thing and then claim power over it or others in the name of that thing. So we have done with the Creator through gender assignment.

The truth is, we do not know the Gender of God. When the texts we ascribe as having been divinely inspired by the Creator were written, we lived in a predominantly patriarchal society. Had we lived in an androgynous or matriarchal society, God might today be viewed much differently. There are, in fact, many feminine references within the same texts proclaiming God male, such as – “like a woman in labor” in the book of Isaiah, “like a mother hen” (Matthew), “like a mother eagle” (Deuteronomy).

When doing some light research on God’s gender, I found the following: “God transcends the human distinction between the sexes,” says the Catechism of the Catholic Church, 1993. “He is neither man nor woman: He is God.” Did you see it? Did you notice how in one sentence, the enlightenment vanishes without a trace by the use of a gender-specific pronoun – “‘He’ is neither…”, “‘He’ is…” despite moments earlier having just expressed that “God transcends…” gender. Two-thousand years of indoctrination are hard to overcome.

Likewise, Article 1 of the Church of England’s doctrine states, God is “without body, parts, or passions.” God is essentially a Spirit without an assigned sex or gender as we mere mortals understand. In terms of well-grounded and authentic theology, we know God is neither “male” or “female”.

Biblical scholars suggest patriarchal Judaism was building on the foundation of earlier matriarchal religions and changed God’s gender so as to more closely align with their contemporary views (and power).

So – God is…??? The truth is we just do not know! We call God, “Father,” but the Creator could well be an undefined spirit or “Life-Force Energy” devoid of forced attribution. Unfortunately, that’ll really mess with the hymns. Thankfully, we are beginning to understand that gender is a spectrum, nor a way to define the evolutionary condition that is our own understanding of things “seen and unseen.”

But that isn’t to say that there isn’t a place for gender assignment of God. Christians have always spoken of God as “the Father” because of the sacred relationship expressed within the Holy Scriptures to a male birth, Jesus, the Son. It is not about God’s relationship to us, primarily, but the eternal relationship to another person within the Trinity.  God’s fatherhood, then, is a metaphor so that we may begin to understand something ineffable about our Creator. We must transcend our understanding of the family unit to better understand the complexity of the relationship between creator and created, much as a mother becomes co-creator of her newborn child.

If we are going to assign the Creator, the God, with certain qualities or states of being, we must take care to not assign limitation to something we ascribe as being omnipresent (everywhere at all times), omnipotent (all-powerful), and omniscient (all-knowing).

Maybe, just maybe, it’s okay that God is whatever God wants to BE. After all, the greatest answer to who or what God is came to us through the already mentioned divinely inspired sacred texts: